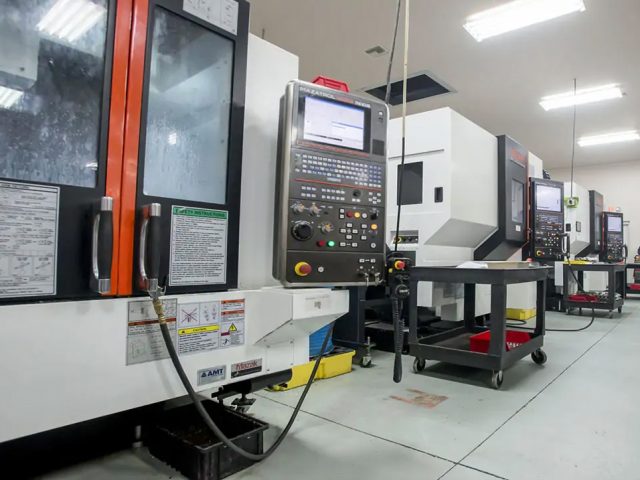 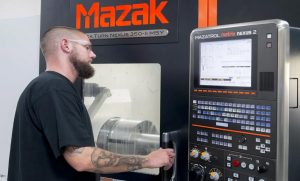 As a high-growth company, CMT wanted to take advantage of every job and every opportunity. With nine different facilities, each offering their own range of capabilities, CMT was positioned to say “yes” to almost every Request For Quote (RFQ).

Depending on the job, CMT first needed to determine which facility was best suited to handle the RFQ. For instance, if the RFQ was sent to the California facility, but the Chicago site was better equipped to make the part, the RFQ would be forwarded there. This system contributed to CMT’s growth because it allowed the company to take on a variety of work and win more business.

However, this system became disorganized as CMT acquired more manufacturers, and the hand-off between facilities wasn’t happening as needed. RFQs weren’t being shared between manufacturers, or if they were, the turnaround was far too slow.

In order to continue growing, CMT’s quoting process needed to be centralized. CMT appointed Beau Larsen, lead cost estimator, to manage all inter-shop opportunities. Beau knew that with so many manufacturers working together, communication would be the key to achieving rapid response times.

For years, CMT had searched for a quoting platform that catered to machined components, but only found options that were inefficient and laborious, like Excel spreadsheets or built-in estimating systems for ERP, like JobBOSS.

Even estimating systems like MicroEstimating fell short because they required estimators to enter every manufacturing parameters in order to generate the quote or cycle time. Estimators were required to be engineers, or at least highly technical, which meant that work couldn’t be offloaded. The requirement for technical engineers diverted attention away from their core roles. Finally, White Wolf discovered Paperless Parts and was impressed by the Paperless Quoting solution because it was web-based, focused on efficiency, and unified data from across the shop.

Paperless Quoting differed from every other system on the market because it suggested cycle times for parts using its proprietary geometric engine, which analyzed the 3D file for cycle times, features and design for manufacturability warnings. Automating the quote process would drastically reduce the manual entry required of estimators. As a result, quoting would become faster and easier for any employee to complete. Most importantly, the integrated chat allowed the team to effortlessly communicate about the part, which would help ensure that no RFQ was left unaddressed.

Using Paperless Quoting, Beau set up CMT’s quoting process for success. He first separated out the different facilities and their associated costs within the platform, so he could fine-tune quotes based on location. With all this information stored in one place, Beau could see the cycle times and setup across each different facility. This visibility made it easy to assess which location was the best fit to handle each job and allowed CMT to be even more strategic in responding to RFQs.

With Beau as the central estimator, quotes are no longer turning into lost opportunities, and the entire quoting process has been sped up. Using the Paperless Parts chat, Beau can share a 3D model of the part with any CMT facility, highlighting features or measurements and annotating as needed. If any of the manufacturers had questions about the model, Beau can quickly address them using the chat function. Even better, because all customer data is stored in Paperless Quoting, engineers can see how Beau arrived at a price and cycle time right in the platform. Once an order comes in, they can check background information, rationalization and preliminary engineering during the quoting process. No information is lost over phone calls, emails or text messages. Paperless Parts has connected all nine CMT facilities within one system seamlessly, so buyers hear back as soon as possible.

CMT sees every quote that Beau generates as a net improvement, because previously, some RFQs could have fallen through the cracks. Now, CMT is in the process of adopting Paperless Quoting at each of its facilities, so every opportunity is seized, and no RFQ is ever left behind again.