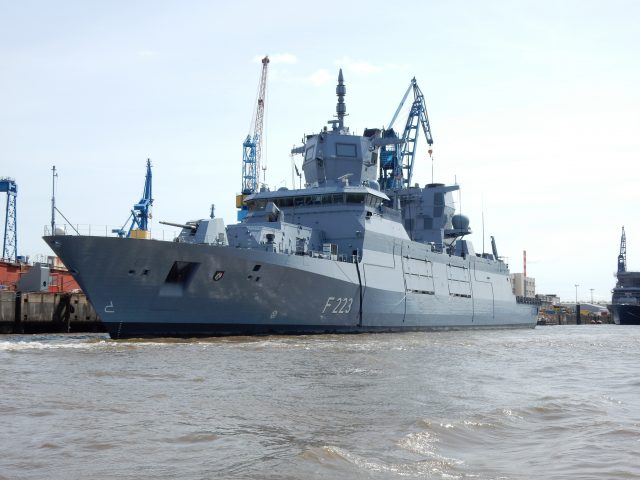 May 2, 2017 – When Paul Rodriguez founded NSC Technologies , a staffing and workforce management company, in 2000, he was 24 years old and living in his mom’s garage in Newport News, VA with his dog, his PlayStation, a six-foot poster of Al Pacino, and “one hell of a comfy couch.”

Sixteen years later, NSC Technologies is a $55 million direct staffing provider on track to generate over $100 million in top-line sales.

The journey has never been easy. Paul learned his fair share of hard lessons along the way, and even picked up a new nickname: “Close-call Paul Rodriguez.” Most importantly, he says, he began to understand his own limitations. “I came to recognize that I don’t know everything and that I need help.”

By 2015, “I had realized that in order for me to turn this organization into a multi-hundred million dollar company, I needed to onboard people with next-level experience — people who weren’t going to tell me what I wanted to hear, but what I needed to hear.”

In November 2016, Paul signed a deal to recapitalize the business with White Wolf Capital, a private equity firm based in Miami.

At age 23, Paul was recruited to be on the founding team of a staffing company. Up until that point, he had been working on the sales team of another national staffing firm.

Six months later, the owner of the new company embezzled everything and the business folded.

His partner’s betrayal not only affected Paul financially, but also shattered his conception of himself. “At my first company, I’d come to realize that I was really good at building trust and working with people. But the owner here wasn’t a good person, and I didn’t see it. My confidence was shot. I had a high school education and no college degree. I had to move back into my mother’s house, in a one-car garage converted to a bedroom,” says Paul. “I didn’t know what to do with myself.”

Eventually, his dad came to him with a question: “‘Can you start the business again — by yourself?’”

“He planted a seed that I didn’t even think about,” says Paul.

With a $17,000 loan from his father, Paul decided to start NSC Technologies. But first, he needed to secure payroll factoring. “I was young, with no experience as an owner/operator. The banks wouldn’t touch me. I was too high-risk.” He jokes, “I had nothing other than my Al Pacino poster.”

After several weeks of open discussions, a sales representative from a payroll factoring company based in Cleveland, Ohio told Paul congratulations — based on his online credit application, he’d been approved for payroll factoring services. He’d have the contract in hand the following Monday.

But when Monday came, there was another call from the sales rep. “He told me they’d changed their mind, that I didn’t have enough credit or experience.”

First, Paul was distraught — but then he was determined. “I told him, sir, you gave me your word. I’m out here spending money to get things in the office together, on your word. You tell your boss I’m heading to Cleveland. He’s going to tell me no to my face.’”

Paul flew to Ohio. By lunchtime, he’d secured his loan. NSC Technologies would open for business.

Paul and his team connected with six private equity firms through Axial, but White Wolf Capital stood out from the start.

A Leap of Faith

One of Paul’s support systems in the course of running NSC Technologies was the Young Presidents’ Organization, a leadership association for CEOs. “Once a month we meet to talk about how to handle ups and downs with our businesses, families, and lives. It’s a supportive, non-judgmental atmosphere,” Paul says.

During one meeting, “I was talking about some of NSC’s business challenges and successes, but also about things like how my wife and I wanted to start a family but were so focused on NSC.” (Paul’s wife Lisa is a VP in the business.)

Investment banker Patrick Gallagher of Boxwood Partners was also part of Paul’s small group. When Pat heard what Paul had to say, he brought up the possibility of working with private equity. Pat explained that an investment from an outside firm could help NSC reduce its financial risk and take some of the burden of Paul.

At first, Paul was hesitant. “I didn’t want someone else to take ownership.”

But after further conversation, he decided it was worth it to start a process, and Boxwood took the company to market.

Paul and his team connected with six private equity firms through Axial, but White Wolf Capital stood out from the start.

“Of course the numbers were important. If the numbers don’t jive, there’s no deal,” Paul says. But finding a cultural fit was just as crucial.

“Elie Azar, the firm’s managing director, is very bright and highly experienced. Everything just felt very natural during the meetings and presentations. And there was something about White Wolf that just seemed less Wall Street-ish to me.”

After a year of negotiation, NSC signed the deal with White Wolf Capital in November 2016. Elie and his team’s main goal then became helping Paul and his team build a solid foundation for future add-on acquisitions.

Paul says he has “zero deal remorse” and is “super excited and motivated to take this company to next level” — even if it means switching up some well-worn habits and bringing another voice to the table.

Hiring — and in particular finding and vetting qualified executives — is one area NSC is relying on White Wolf for support. “I’ve found that A players have a tendency to hire other A players, while B players hire C players out of fear of being displaced. I’ve seen a bit of this happening at NSC in the past. But I want all my players to be A players on their own level,” says Paul.

With Elie’s help, the company just sourced and recruited a new VP of Finance, who will work alongside Paul and White Wolf to reshape the department to more comprehensively utilize their accounting systems and make their processes more cost-effective.

“Where in the past, I ran the business 70% from my gut, 30% from data and analytics, now we have to run the business the opposite way. It’s a different company, a more sophisticated company,” says Paul, and one with plenty of room to grow.

In less than six months, White Wolf has already helped NSC Technologies build a pipeline of 3 or 4 add-on acquisition targets that the company is actively looking to acquire. NSC is looking to make investments in complementary staffing firms that provide services to the maritime, heavy and light industrials, and commercial construction industries.

“Close-call Paul” knows enough to know that this isn’t the end of his company’s story. “There are ups and downs in every business, and certainly no guarantees. I’m fortunate to have a steak dinner tonight, but tomorrow I may be eating ramen. At the end of the day, it’s about perseverance and being super honest and humble and appreciative for what you have and the people who are supporting you.”

Note: This article was written in May 2017. As of December 2020, with White Wolf’s backing, NSC had completed a total of 6 add-on acquisitions bringing the company’s total revenue to over $200 million.